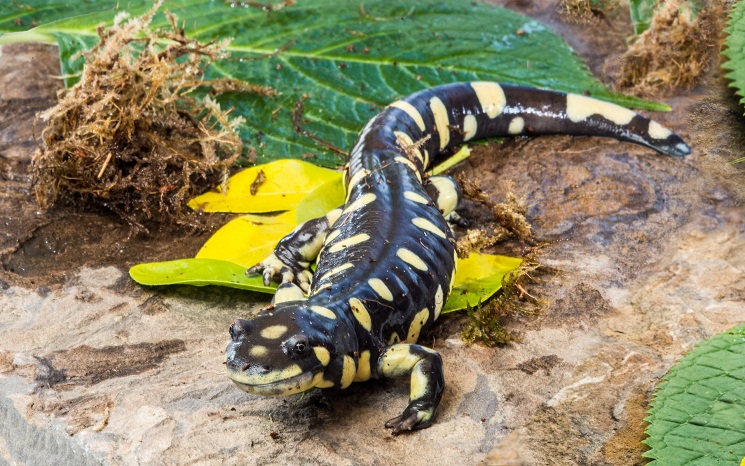 Family Unit – Normally solitary; male and female search for one another during the breeding season

World Population – Unknown; estimated to be more than 10,000

Natural Habitat – In the vicinity of large, fishless vernal pools; migrate from uplands to aquatic sites for breeding and return to upland habitats after breeding