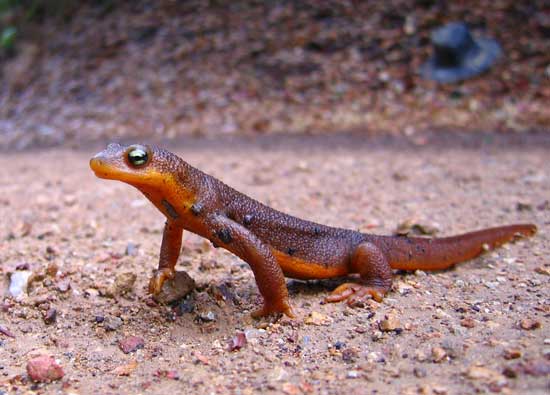 Special Features – Stocky with a flattened tail; it has a swollen cloaca and the undersides of the feet have rough nuptial pads; excretes highly potent toxic fluid through its skin to defend against predators