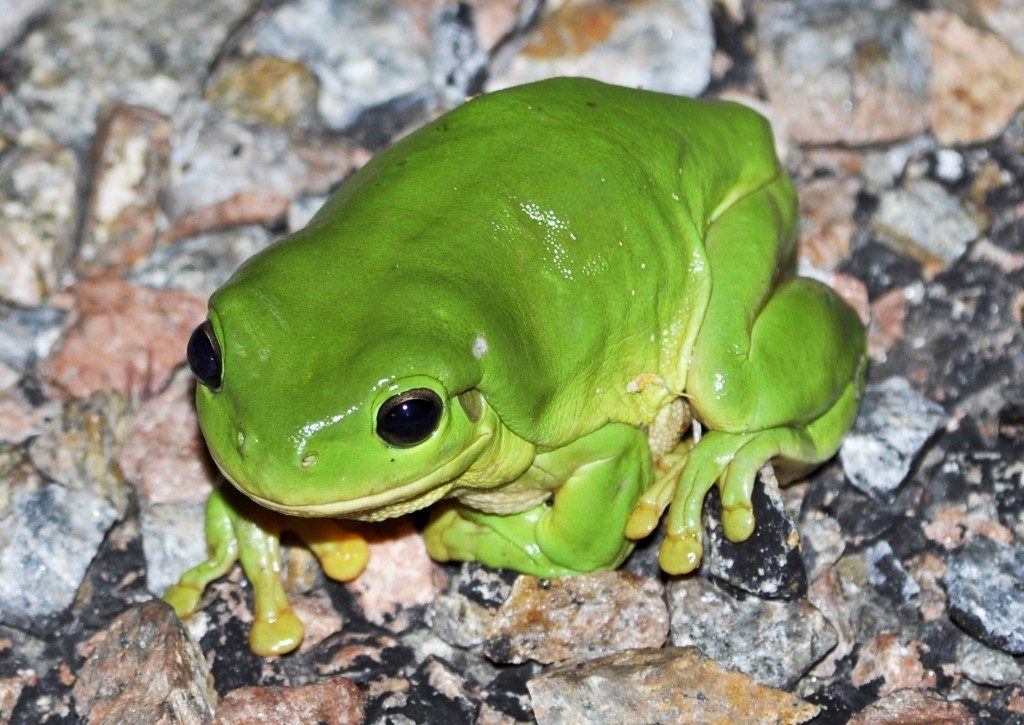 Life Expectancy – Around 16 years; some specimens lived for more than 20 years

Special Features – Plump and large in size, distinctive fatty ridge above the eye; short and robust limbs with large sticky discs at the end of the digits which help to grip while climbing; color ranges from brownish or grayish-green to bright emerald green; creamy-white underside